I'm linking up at Teach me Tuesdays and Gluten free Wednesdays. You can find the linky below the post. I still haven't figured out how to get it to work in the post.

My sweet daughter has been having some tummy issues for the past month or so. She went from being an AMAZING sleeper (read this as 2 naps and sleeping at least 9 hours straight at night ) to being a HORRIBLE sleeper. (read this as no naps, and waking up several times during the night) She started crying everytime she had a bowel movement and they went  from the normal solid to very very watery. ( I know TMI. Sorry) She started spitting up after every meal.  I've heard of food allergies doing this, and I already have a gluten intolerance, so we decided to try cutting it out from her diet. After a few days of just formula to clear out her system, her poos were normal again, and so was her sleep schedule. She was back to her normal happy self.
I gave her a jar of baby food that had pasta in it, and she threw most of it up. She hadn't done that in days. She also had watery poo again. So, we gave her one more day of just formula and I set out to the grocery store to pick up a few items. I looked originally at already made baby foods. It is very hard to find ones with protein in it that don't have some sort of pasta in it. Even the "breakfast" baby foods are made with oats or some other gluten filled grain.

I've been interested in making my own baby food since Linnea started eating solids. For lunches she normally eats whatever I'm eating for lunch (great way to start eating healthier). Dinners and "breakfasts" were harder since she is normally asleep when I start making dinner, and I eat a bowl of cereal for breakfast. As much as she wants me to share, I don't. This requires having baby food available.

I started looking at the types of foods I had been giving her in the past. All were well balanced protein-carb-veggie wise. All had low or no amounts of sugar and salt. And all had some sort of grain in them, pasta, oatmeal, etc. I realized how easy(effort wise) it was to make my own baby food. I started my baby food making journey this week with what I think are simple recipes. I made them up as I went along. =)

For her breakfast food, I made applesauce in my crockpot, added pureed raspberries, and rice cereal. I'll post how to make applesauce n a crockpot later this week. I need to make another batch. The cool part about making applesauce at home, is that you decide how sweet to make it, aka how much sugar you add. I didn't put any in Linnea's applesauce, but did in mine. I think I'll add a little juice to hers next time. The raspberries made it a little sour.

For her dinner food I made a mixture of ground chicken, sweet potato puree, quinoa pasta, carrot puree, and bell pepper chunks. Linnea loves bell peppers. =) This mixture was put through my food processor until it became kinda chunky, but soft. My sweet girl has 7 teeth and loves "grittier" foods, so it was the perfect combo.

For next week I am going to attempt to make my own tomato pasta sauce, since all of the store bought ones have LOADS of sugar and salt.

Blessings.
Posted by Annika at 6:42 PM 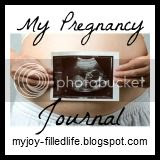